Franz Schubert (January 31, 1797 – November 19, 1828) is Austrian composer. When he was five years old, his father had taught various things of music. Six years later he entered the famous music school in Vienna. Meanwhile he composed musical works. The first song he composed at 17th is “Gretchen at the spinning whell.” He was being a teacher. He retired because he needed a lot of time to write music. For the sake of everyday living he gave piano lessons. Sometimes he wrote eight songs one day. Even he slept without removing his glasses, so he could directly write if awakened in the middle of the night when he got the idea of a song. Before he was 20 years, he has written six symphonies. Overall he had created nine symphonies. Schubert’s works include the works of music in various forms of orchestral, with different sizes. He wrote 100 songs, which until now considered as the best are; “Ave Maria,” “Who is Sylvia?”, “The Trout,” and “Serenade.” Schubert died at the age of 31 years, but he has created almost 1,000 works of music. (http://id.wikipedia.org/wiki/Franz_Schubert)

At an intersecting street around the city of Vienna, where Beethoven was often passed by when he returned from walked around, often seen, a young man was waiting there. He was waiting there because had became a desire and high ideals to meet Beethoven. The young man was Franz Schubert. His mind was not attained. He could never been able to speak to Beethoven. Doesn’t this small happening, there is node of a fate lies on the life and art? He has so many aspire, but he never reached it. Schubert is the man with the heart does not get satisfaction, an artist of unresolved. So many he could not finish, his most beautiful symphonies, a string quartets, string of trio and wow … his life too. He was only 31 when he died. (J Van Ackere, in the book of “Musik Abadi” (Eternal Music), translated by J. A. Dungga, Gunung Agung Djakarta, n.d (no date), the original book entitles “Eeuwige Muziek”, published by NV Standaard-Boekhandel, Antwerpen, Belgie, which is retranslated into English would be more or less like above).

Before far away I reviewed the music of Schubert, I would say a little:

how much weight to enter into the veil of fate of someone, moreover the one is a true artist.

Resembling like piled by a mountain with boulders of his ideas.

It’s really tiring, hence it should express with persistence.

When I infiltrated the preordination of the artists, I found the different risks.

I conformed to his principle and also his works, as if impregnated the most secret spiritual soul.

I was trying to tinker the possibility of his intuition at work.

I was trying the best to treat carefully, in order not to be separated away from the target of expectations he has developed.

Fatalities could be drifted away and also too difficult to disengage from which have been interpreted.

But the reward after came out of these cocoons, I was blessed by grandeur of extraordinary mental.

It added the power to set the quality of the heart and the body to the next steps.

If I tried to identify his work, Schubert’s music is such a refined form of soul’s degradation.

The quality decreased from his hope, destruction of personal anxiety. Unfinished dreams, such as ghosts are often terrorized every morning.

Even the dreary nights became his material of creations. As required by something, which he was unable to interpret it far.

His poetic tones always emit the light, and then it turned into a self-isolated.

While he was enjoying that peculiarity, Schubert found a comfortable seat. And at that time his listeners also felt experience of bitterness of him.

Grinded his soul together with the souls of witnesses, undermined in the similar sounds.

Or gurgling sound, but broke up in the middle of the path of very lonely fate.

Schubert, symbol of human solitariness, revolted in world of solitude.

Looking at the mountains is not for him, vast oceans were not for him.

His live was buried in the feeling inferior very much.

Tenderness of his music makes feeling eerie of the angel feathers to drop tears, seeing him kneeling in the dark corners of the universe.

Doesn’t it show a high persistence? The enthusiasm keeps to be forged on the jet-stone of the night, also during the days of blank stares of disappointment.

Unrequited yearning incarnated the endless love. That is his music echoes to the wilderness of the human being.

It infiltrates into gland of youth, to undermine the pores for the sake of large potholes. That he also has true human values.

Cracked mirror reflects the thousands of lights, doesn’t want to perfect the melody, left strewn like his fate.

The man is responsible to every struggle of inner, in the overall of viewing the future.

I imagined Schubert was always in a precarious mental health, which breathed the insisted breaths.

At the height of mountains on the side of the ravine, he dissolved the whole loneliness which had the death.
His head was rocked on liberty of the wind the most anxious anxiety.

There were whirlpool could blow the dreams to be the bitter of realities.

Complacent of dark, the peculiar seriousness, the near clouds dropped the clear kissing to inhabit the defeat.

Like the last meetings, the encounter is remembered so painfully, nursed with the friction of times.

The time did not much give the chance of relief, the final seeking in the middle of path.

Or pale countenance haunts, searching for the bodies of forgotten the way home.

The doors were closed, the ears of ignorant, but continued thundered by the voices of eternity.

Only he and time could interpret.

Schubert took a deep breath, the wheezing breaths as symptoms of immortality.

Covered the body among the pile of books and flashes of light, in and out through the gland of his head,

inserted into the heart of life. The breaths enlightens whoever willing to pay attention to his music, on the absorption of young souls.

Fresh raw fruits to stimulate the growth of the fetus of human thought.
di Agustus 21, 2010 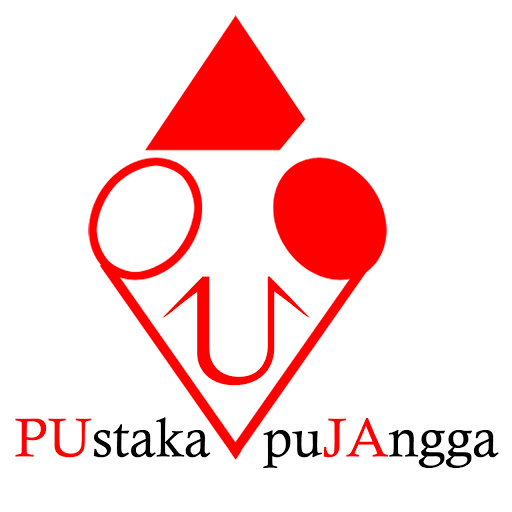